Today, I’m going to answer the question which comes up a lot this time of year, which is, “When should I list my house?” Well, according to an article from realtor.com, they’re suggesting that April 10th, the week of April 10th, not necessarily April 10, is the actual sweet spot to list your home, in order to get the most amount of money, so today, I’m going to share with you what advantages according to this article are coming to light. Now, we kind of talk about this stuff a lot, but I’m going to make sure that I’m super clear on what the advantages are and what the disadvantages of this market that we’re in right now today, so let’s get started.


According to this recent article from realtor.com, the second week of April in fact is this sweet spot, which delivers they’re calling these combined advantages. What are these advantages that they’re referring to? The data indicates that home prices and demand are rising earlier than typical, and the second week of April, beginning April 10, according to this article, is the week to sell this year. Now, they’ve also pointed out that other years have had a different sweet spot in the week. It could have been a week earlier or a week later. Now, seasonally, I’m going to add something here, is we know that home sellers list in stages, mostly.


Of course, people list their homes throughout the year, but we’re talking about these swells of inventory increasing, and we hear things like, “I’m going to wait until after the New Year,” so we’ll see folks listing their home once the holidays are through. Then you also have a second stage, which is folks that want to get on the market sometime right around now, before spring break, but mostly, it’s after spring break. That’s kind of where that April 10 comes on, and a lot of folks are leaving town right now, going on spring break, so they don’t want to have their homes on the market because there’s not going to be that many buyers, et cetera, et cetera, so this happens to be the sweet spot.


Now listen, during 2021, homes listed during that particular sweet spot, which wasn’t the same week last year, they experienced a 29% increase in viewings than other months throughout the year. That’s a significant increase in eyeballs on the property. Now, this year though, demand and home prices have remained much higher than normal, so those are the facts at play here, but let’s also add a few other caveats. What’s going on in the world right now? Well, we know there’s a war in Ukraine. The thing about that one, though, is we don’t know the impact that’s going to have on the real estate market, so that’s sort of an unknown.

Combine that with an increase in mortgage interest rates from the feds. They’re looking at doing this seven more times this year. Now, the downside to that for the buyer is that with inflation, of course there’s a lot more expenses. Everything’s going up, which means that erodes and takes away from their potential purchasing power from your home. The same is true when it comes to increasing interest rates, because the more the interest rate is, of course the more the payment, which means the less home that they can afford.


Now, let’s bring this all together into one clear, concise statement. If I’m a home seller this year, knowing the data, that 29% increase of viewings on a property last year during that sweet spot, we may want to take a look at this, not just because realtor.com said so, or because I say so. Look at it from a supply and demand standpoint. Now, we have some things going on globally. Ukraine, put that aside for a second. We have inflation, and we have interest rates rising, facts not opinion. So if I’m a home seller, and I want to get in front of these things, when might be a great time to get a home on the market?


First and foremost not discussed in this article is supply and demand. Most home sellers wait until June or July to list. Why? Flowers are in bloom, yards look beautiful, sun is shining, the weather is warm, we feel better about being outdoors. Okay? We can all agree to that. Well, what else though? Supply and demand is not in the seller’s favor. Why is that? Because the more homes that are on the market, the less demand for the product, the product being the home on the street. Just like a product on a shelf, the home on the street is going to get less attention. Whenever there’s a lack of inventory, prices go up. Whenever there’s additional inventory, prices of course go don’t rise as fast, and there’s less demand, so that’s one little sweet spot here. I agree with this, this April 10th notion or concept because of supply and demand. You add in the fact that interest rates are going up, and then finally we have the inflation that’s happening right now.


So if you’re a home seller thinking about listing this year, most folks wait until later, June or July. There’s nothing wrong with that, but you’re not leaning into supply and demand and not taking advantage of that. So if you’re a seller thinking about selling, you’re also probably jumping ahead thinking, “Let’s bridge the gap here between my sell and my buy.” One thing that we’re doing for home sellers is we are negotiating that they can stay in their homes for up to 90 days after the accepted offer. That gives you a home seller all sorts of time to navigate between home A and home B. It’s ample time, because if you have a strategy in place to go out and look for properties that are not even listed, like we do at Yoder Real Estate, we’re going to find you that dream home.

If you want to know more about how to navigate through this interesting market we have, and how to maximize your money at the closing table, give us a call. We’re here to help. My name is Kevin Yoder with Yoder Real Estate. You can find us online at yoderrealestate.com, and we look forward to connecting with you this spring. 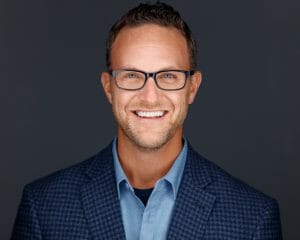